THE team at IGA Mooloolah take their jobs very seriously but they also clearly know how to have a bit of fun to benefit the local community. They recently hosted a fundraising day as part of Mix FM’s Give Me 5 campaign to raise funds for the Sunshine Coast Clown Doctors Service at the Sunshine Coast University Hospital reaching $3,046 as part of the combined total of $10,500 raised by the 5 White’s IGA stores on the Sunshine Coast.
Other Mooloolah businesses also showed their support by donating prizes for the multi-draw raffle and the kids from Little Munchkins joined in with some dress-up fun. 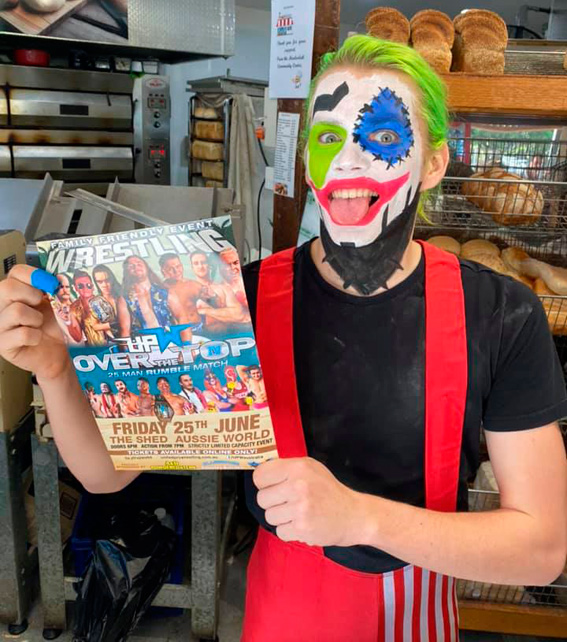 Max from Mooloolah Bakery, where they also got in on the fun 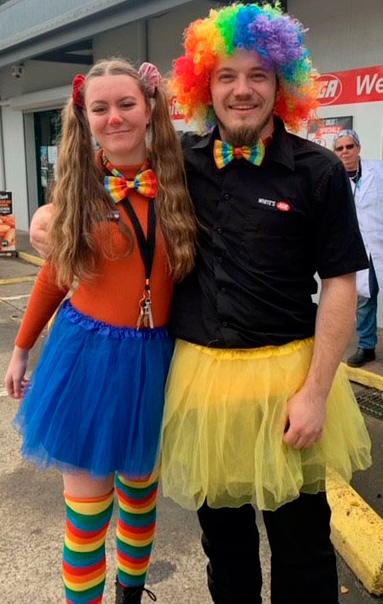 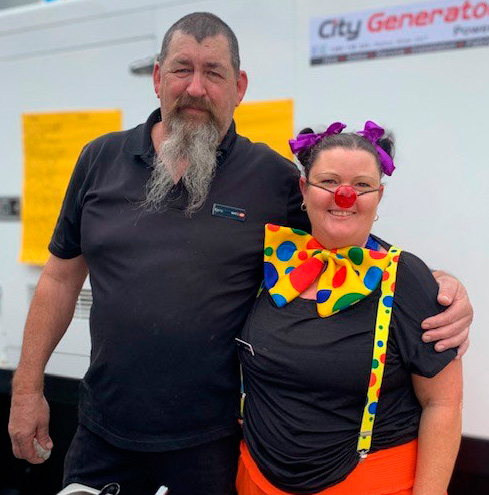 Kerry Schilf from Home Delivery with Tammy Bennet from the deli 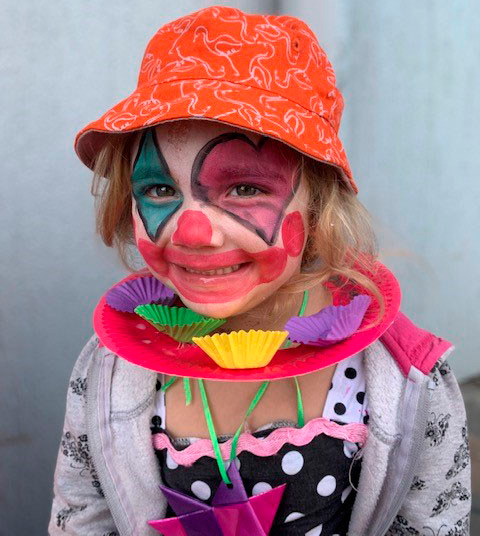 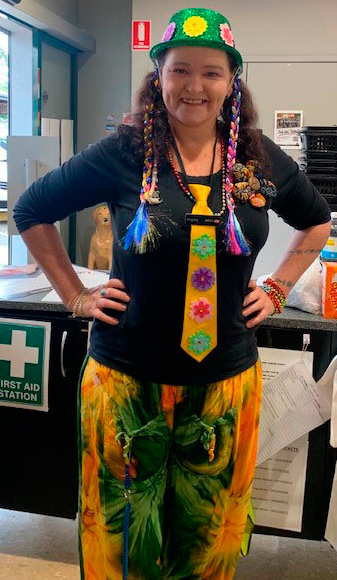 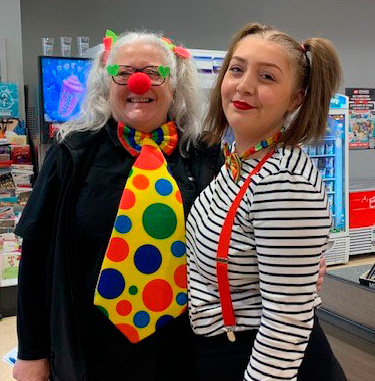 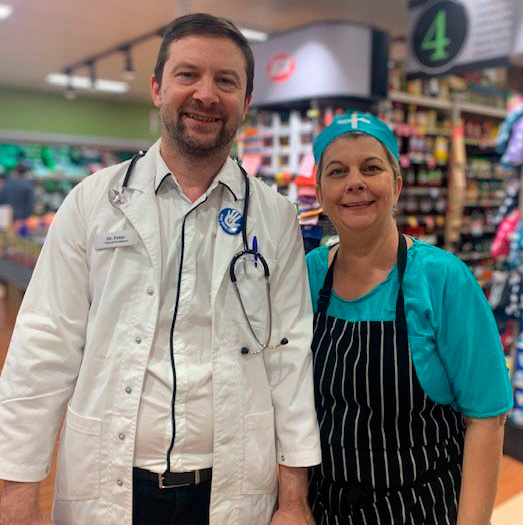 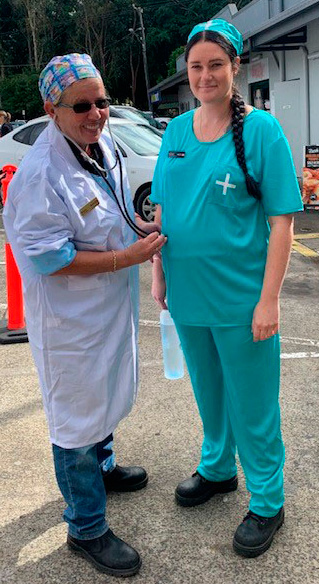 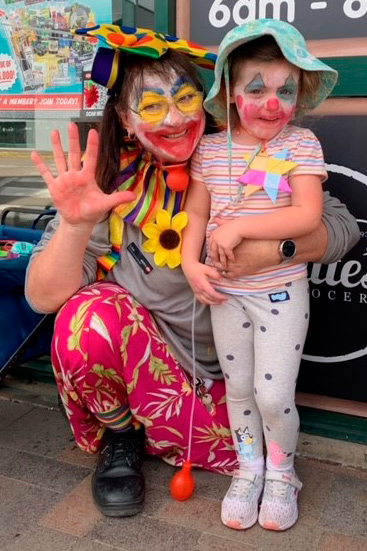 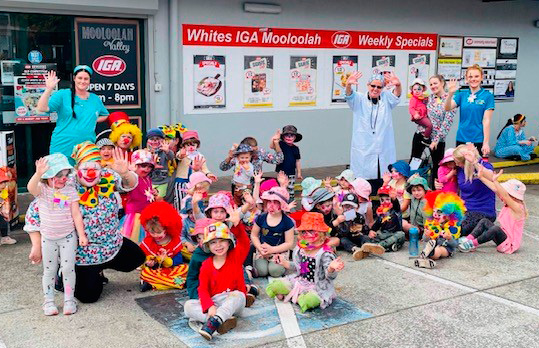 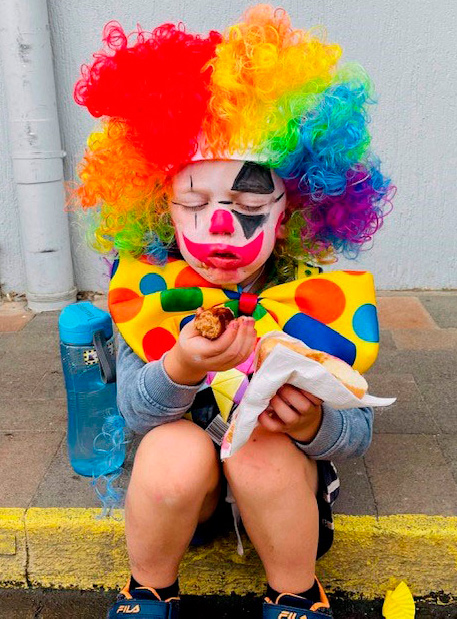 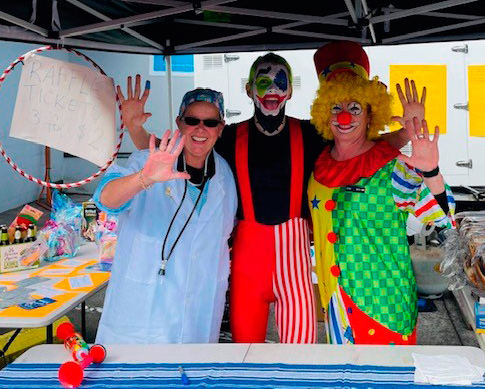 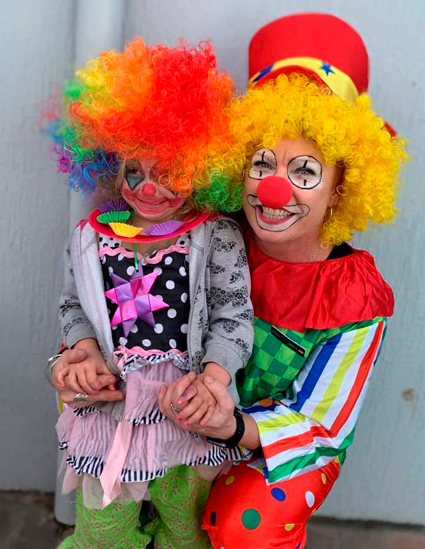 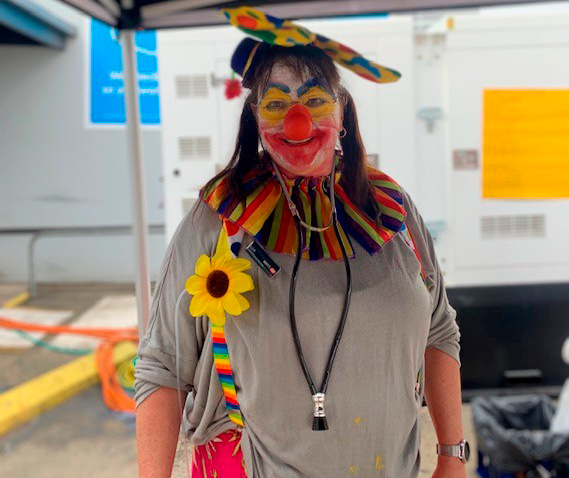 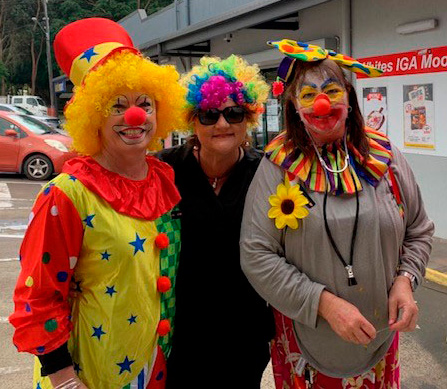 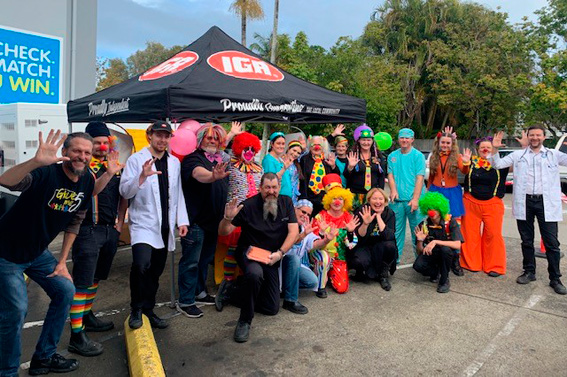 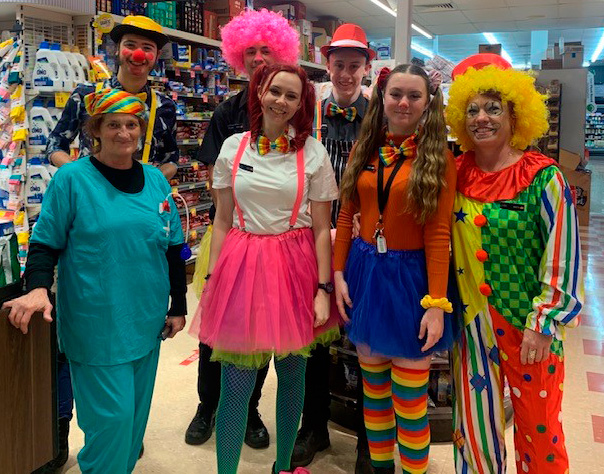 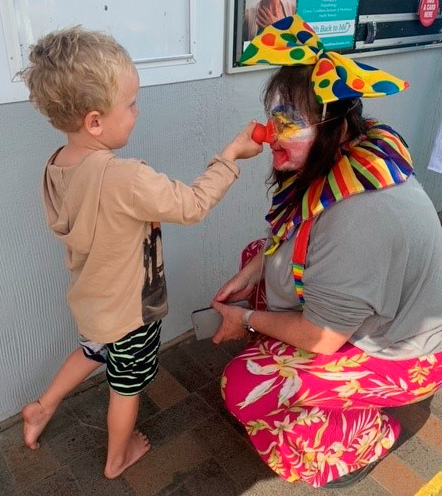