THE Queensland Department of Environment and Science is charged with the custody and management of state forests through the Queensland Parks and Wildlife Service (QPWS), with the Department of Agriculture and Fisheries (DAF) responsible for commercial forestry within native forests.

The forest products division of DAF has announced plans to log suitable trees from the Beerwah State Forest between Ewen Maddock Dam and Steve Irwin Way.

QPWS has sent advance advice notices to groups using the forest for recreation, such as the Sunshine Coast Bushrangers Mountain Bike Club, and signs have been posted at some public entrances explaining that access to the forest will be restricted as a result.

The 130ha compartment of forest will be logged over a 12-month period with a start date yet to be determined, according to a DAF spokesperson.

“Tree selection will be guided by product type, such as sawlogs for processing into sawn timber, poles for use in power infrastructure and girders for road and rail bridges.”

The area was last selectively logged in the mid-1990s and it is likely this will be the last time trees will be taken from the area.

The South East Queensland Forests Agreement signed in 1999 has determined that all timber cutting in State Forests within the regional planning area will end on December 31, 2024, with State Forests transitioning away from the Forestry Act 1959 into the protected area estate managed under the Nature Conservation Act 1992.

The planned harvesting operations will be undertaken following the protocols set out in the ‘Code of practice for native timber production on Queensland’s State Forest Estate 2020’, meaning that conditions are established to protect the environmental values of the land.

“Measures will be in place to protect biodiversity, forest health, soil, water, cultural heritage and other values, as detailed in the code of practice,” the departmental spokesperson said.

“The code limits land disturbance for tracks and log landings, and requires that areas are closed and rehabilitated to allow regeneration once harvesting is complete.

“Protected trees will be excluded from harvesting and the code requires at least 50% of trees on the site to be retained.”

A quick read of the 110-page code shows that buffer zones, set-backs and filter zones are designated to protect Ewen Maddock Dam from impacts during harvesting.

As the forest is within the greater glider habitat range, six habitat trees and two recruitment habitat trees are to be retained per hectare on top of other tree retentions.

Trees where any native fauna is visible must be protected from harvesting or harvesting damage until the animal moves out of danger of its own accord. Tree loggers are responsible for inspecting trees for the presence of native animals. Feed trees and trees with active nests are also to be protected.

When asked if the 50% tree retention figure meant that half the forest was to be cleared, the DAF spokesperson said that the value relates to 50% of the total basal area of trees in the forest, which is the cross-sectional area of all trees measured at 1.3m high.

“Larger trees have a much higher basal area than smaller trees, so if you harvest a large tree you need to ensure there are more small trees remaining on the site,” the spokesperson said.

“During harvesting operations, the retained trees include a range of large and small trees.”

If you’d like to read more on native timber forestry practices and procedures, details are at www.parks.des.qld.gov.au/management/permits/havesting-forests

If you don’t agree with the logging plans, contact the Member for Caloundra Jason Hunt, who is the local member for that area.

His office number is 5329 4100 or email caloundra@parliament.qld.gov.au 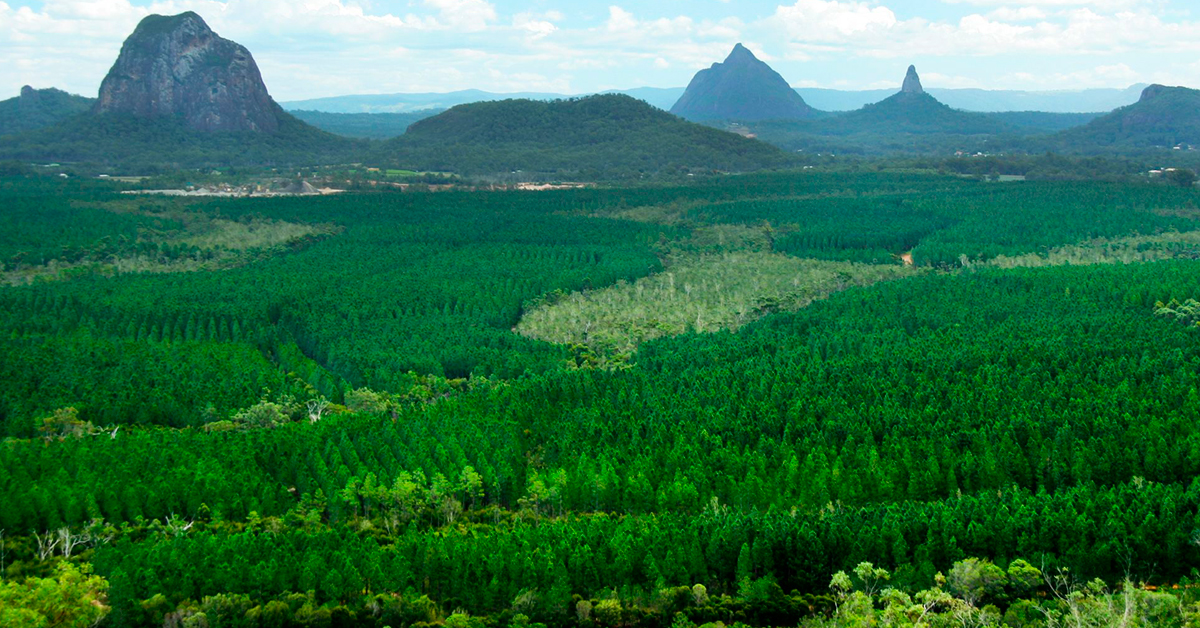